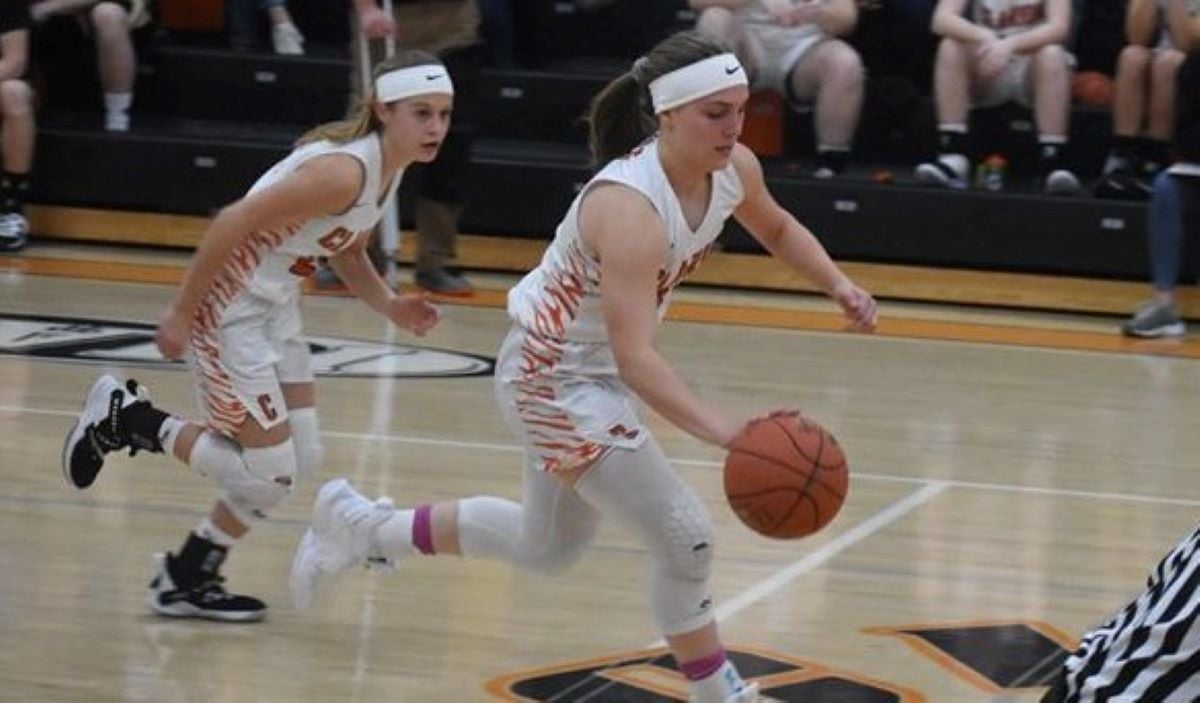 Top returning players: Our top returning players would be juniors Jordan Best, Payton Simko, and Noel Anthony. Best and Simko are forwards and Anthony a guard. Our two seniors are Ava Cherico, who is returning from knee reconstruction from last season and Erica Selfridge. These are our starting five as well. All five bring something different to the table. Best brings a toughness on the boards and a willingness to play tough defense and put her body on the line to take a charge. Simko brings a solid in-between game. She can rebound and play underneath, but also handle the ball and shoot from outside as well. Anthony is very capable with the ball in her hands. She can handle and has a nice outside shot.  The two seniors, Cherico and Selfridge are very good leaders on the court. Both are quiet, but lead by example. Both can handle the point guard duties as well as move without the ball. All five girls are very good defenders and will do whatever is asked of them.

Top players lost: The biggest shoes to fill would be those of Kaitlyn Constantino. Kaitlyn was a 1,000 point scorer for Clarion. She was a huge part of the offense and many times, she put the team on her back. We aren’t looking for one single player to fill her shoes. We are looking for a balanced approach to our scoring this season. Another player we are missing this season is Eva Lerch. Eva was a solid point guard and incredibly quick last season. She was injured at the end of the soccer season, but had decided not to play this season before that injury occurred.

Key newcomers: The biggest addition to the team is Senior Erica Selfridge. Erica is an incredible athlete. She comes to Clarion by way of New York, where she won two previous state championships in volleyball (this year at Clarion made 3 State Titles) and has been named All-State 4-straight years. She has stepped in at the point guard position that was vacated by Lerch’s decision not to play. She has incredible court vision and anticipates very well.

Keys to the season: Clarion is one of the few teams to get its season started losing an overtime heartbreaker to Moniteau Dec. 11 … Our key to the season will be the development of Nos. 6-8 players. RIght now our next players off the bench would be Rebekah Ketner, Taylor Alston, and Gia Babington. Alston and Babington are both freshmen and a big plus for us will be their development. If they can develop enough to give our starting guards a break that will be a huge help!

Things your team was doing during the COVID-19 pause of winter sports: The keys to returning to play will obviously be to be given the opportunity to play. We were very fortunate to practice for three weeks and have a game against Moniteau. It gave us an opportunity to see what we still need to work on to get better and hang on and win games like that. We are very excited to get back into the gym and continue working to get better.